You are here: Home / About Western Australia 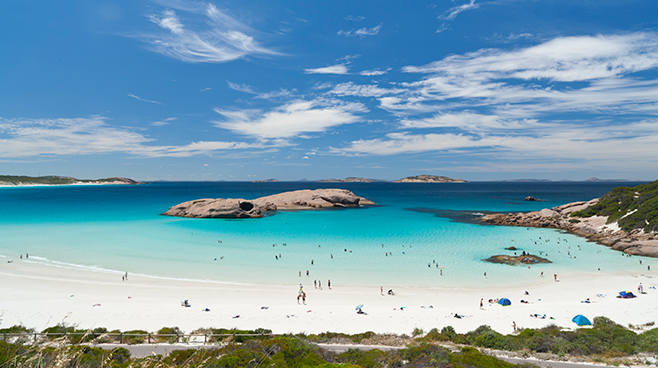 Located in the southern hemisphere, Australia is a vast country with stunning natural surroundings. Western Australia is the country’s largest state and covers an area of more than 2.5 million square kilometres. To put that into context, that’s about the size of Western Europe and one-third of Australia’s total landmass.

Being the biggest state and the engine for economic development of the country, Western Australia and its capital city attracts migrants from all over the world, especially Asia.

Why choose Perth and Western Australia?

Perth is a great place to live, work and study. In fact, since the early 2,000’s Perth has ranked in the Economist Intelligence Unit’s Index as one of the world’s most livable cities, based on a range of qualitative and quantitative factors including culture and environment, education, infrastructure and healthcare.

Western Australia enjoys a fast-growing economy and high employment rate. Its mining, oil and gas, agricultural, farming and tourism industries all play a significant role in its economic growth. These industries bring plenty of opportunities for investment, business and employment in Western Australia.

Other reasons to migrate to Western Australia

To find out more about your Australian visa eligibility, please get in touch so we can assist you further.

To find out how you can be a provider of a rich and meaningful education to your students, or if you have questions about Australian studies and student visa, please get in touch with us.